As part of the environmental review process for the SAMP Near-Term Projects (NTP), the Port of Seattle reviewed the original aviation forecasts prepared for the SAMP to understand if the projections of future activity remain valid. Based on yearly activity data since 2015, actual growth is exceeding forecasted growth in a notable way. As a result, the Port of Seattle undertook a forecast update to better reflect the stronger growth being observed. The forecast update was unconstrained, meaning that it projected growth solely based on market demand for air travel to/from Seattle, not considering other constraints on activity. Further analysis of the updated projected growth, and the resulting levels of delay, indicated that without constructing new facilities, the airport would likely experience significant reductions in the rate of growth after 2023. When growth rates are reduced due to delays resulting from a lack of facilities, it is referred to as a constrained operating environment. 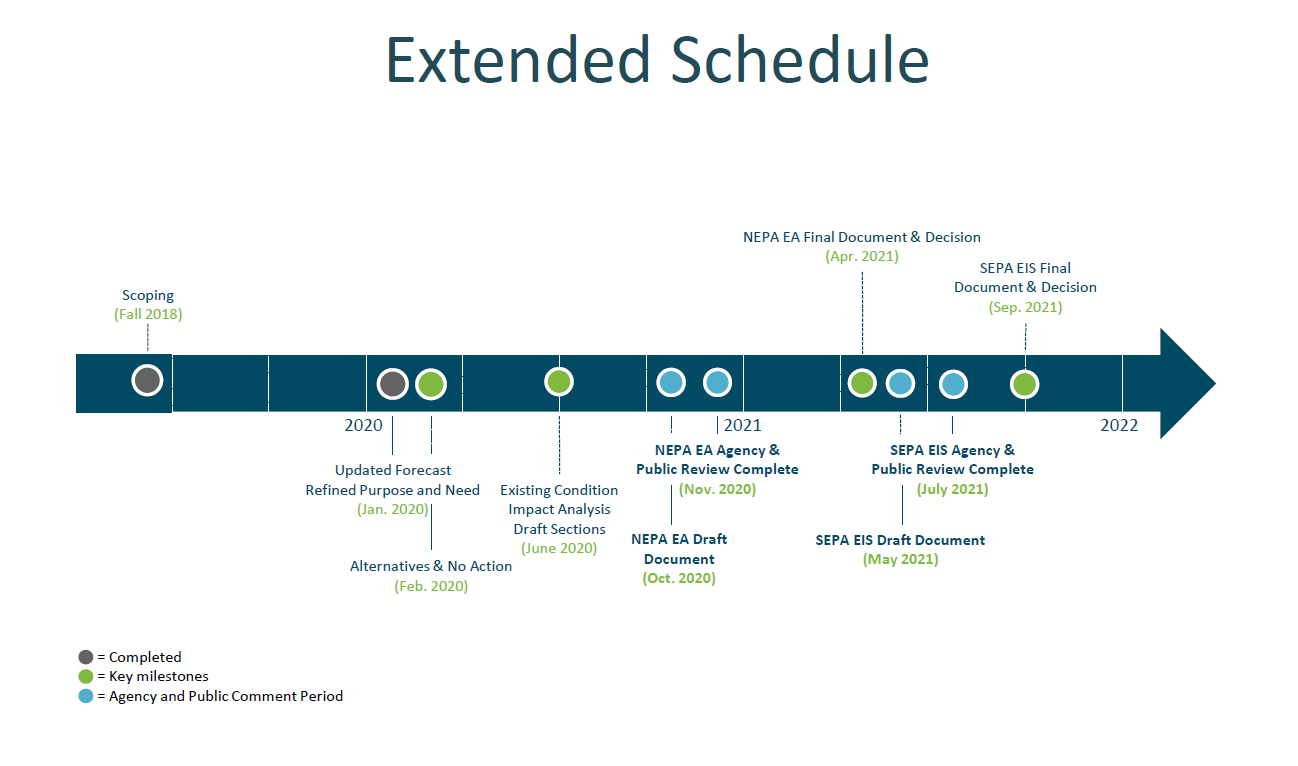